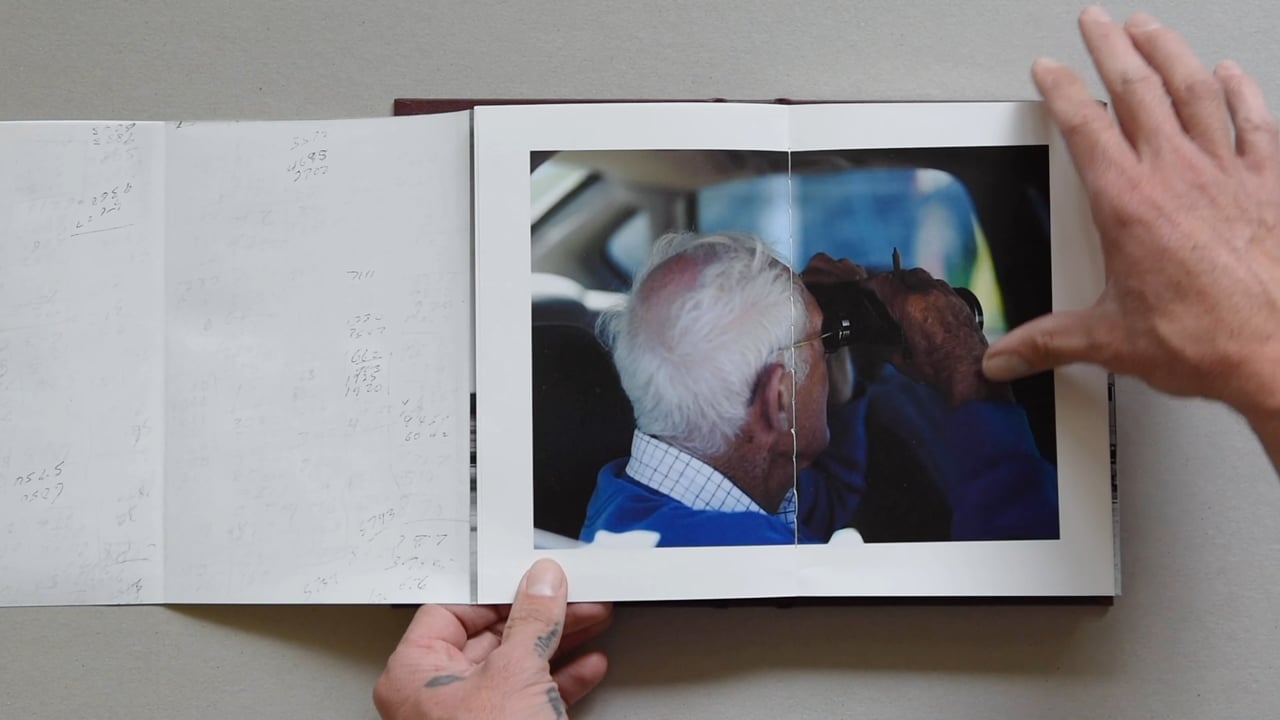 Craig has been watching trains from the parking lot of The Old Mill since 1983. He watches trains obsessively, once without missing a day for eleven years and six days. The physical act of clocking in for eleven years and six days can be seen as a negative act since that which repeats does so through either a natural inadequacy attributed to it or by not comprehending, not remembering, or not recognizing.

To Craig, trains dictate the passage of time like the hands of a clock. Over time, the act of seeing transforms into a structural mechanism, re-integrating thought and action. Meaning is found in the experience of seeing and is represented through undeciphered notation. Over time, the notations translate into an analytic structure where they accumulate serially and chronologically. Within the annotations are timestamps, serial numbers, direction and destinations, categories of cargo, and the number of cargo within the train. These annotations represent control over what is seen and become the direct physical object of Craig’s obsession with time.

Photographically, I employ a similar approach, one that mirrors Craig’s. Through systematic repetition, I construct a ritualistic method for making photographs of Craig watching trains. Over time, I become obsessive; I take on qualities of a mechanized accumulator compiling a cache of images that appear the same, but because time is always moving forward, every image is different.

In 2017 Craig suffered a stroke. As a result, there are gaps, blank lines, and scratch marks visible within his notes. I also encountered errors that caused deviations in my surveillance. The anomalies in my process appear in the form of shutter failures—an in-camera technical failure that randomly occurred, and mirrored Craig’s errors. The result is an abstract fragment of an image, representing a momentary lapse of reason or a lack of consciousness. I speculate that Craig’s stroke affects his ability to recollect his past and that his ‘forgetting’ transforms his existence into a perpetual unrolling of the present, where here comes a train represents a renewed moment––full of beauty and wonder––caught in a closed referential loop exempt from the passing of time.